Inverted chords consist of chords in which the notes have changed order and the tonic (the root of the chord) is no longer the bass note. Some get confused when they see a chord written out like C/E . What it means is that the E note has changed position in the chord to become the bass note. The practical meaning of this is that the chord is played inverted. The C chord with the notes C, E and G is instead played in order as E, G and C.

Why make an untidiness like this out of it, you may wonder? The inverted chords are especially common for piano players: changing the order of notes in a chord can minimize the distance of movement over the keyboard then switching from one chord to another. For guitarist's the inverted chord has not this function, but gives possibilities to enrich the sound and make smooth transitions in chord progressions. They are also similar to slash chords.

This is a couple of sequences that includes inverted chords and gives you a sense of one important application of these chords:

(Instead of the usual D we are positioning the F# as the bass note between G and E.)

(This time we just switch the bass note of the same chord from A to a C# – that is placed between A and D in the scale – before moving on to D.)

In this third example the movement starts with the inverted chord:

Here B, A and G form a descending bass line.

You should be able to find other variants now as you know the method.

All inversions of major chords

Diagrams and information of first and second inversions:

All inversions of minor chords

Diagrams and information of first and second inversions:

The chords in the four diagrams are all dominant sevenths with alternative bass notes. A chord progression you can try is:

Note that the bass note remains at the fifth string throughout the whole sequence (the low E-string shouldn't be played at all).

The chords in the four diagrams are all major sevenths with alternative bass notes. A chord progression you can try is:

Since four notes are involved in the major seventh chords there are three possible inversions for each.

The chords in the diagrams are all minor sevenths with alternative bass notes. Chord progressions you can try are:

Since four notes are involved in the minor seventh chords there are three possible inversions for each.

To notice is that the third inversion of the 6th chord will copy the relative parallel minor 7th chord. For example C6/A and D6/B are identical with Am7 and Bm7 respectively. 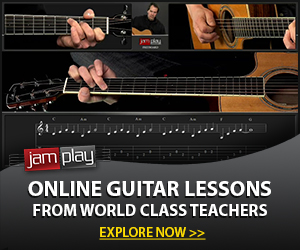